In my former life I was a middle school science teacher.  I’ll never forget the crusty old Vermonter that taught PE and coached basketball at the first school in which I taught.  He had a wealth of knowledge and wisdom, which he regularly shared with the new teachers eager to gobble up every little tidbit of pedagogical experience and advice that only comes from 30 years in the trenches.  He famously said, usually when referring to one of the kids that refused to engage in his own life let alone his education, “You know, you can’t make chicken salad out of chicken shit!”  Yup…

However, as photographers that’s what we do every day.  We are bombarded all day with scenes of epic beauty and grandeur online.  I’m starting to think that the world is just plain more beautiful and epic everywhere that I’m not (hmmm, I’m going to try not to take that to heart).  Let’s face it, more often than not the places, conditions and subjects we’re hoping to shoot are less than grand and far from perfect.  I’m always amazed when I visit an often photographed spot for the first time and come to realize that there is a road or parking lot just out of the frame, buildings or power lines within sight, trash, etc.  The reality is that we’re not in the business of photographing reality.  We’re in the business of creating chicken salad out of what often times is chicken shit.   What we choose to exclude from the frame is often a more important consideration than what we choose to include.

Take this shot from my recent trip to Belize.  We boated out to this idyllic, white sand, palm covered Caye in the world’s second largest barrier reef to snorkel and do some underwater and island landscape photography.  When we arrived we found no fewer than 50 other people scattered around the island and in the water snorkeling.  There were at least 4 boats tied up on shore, 2 others just off shore, barbeques blazing and people everywhere.  So much for experiencing a secluded Caribbean island.

I’m a firm believer in the mantra “There’s always something to shoot.”  Rather than get too bummed and discouraged I decided to work with what I was given.  I used my Canon G-11 with an underwater housing and wide-angle dome to play with some over/under landscape shots featuring one of the boats and the island palms.  I really wanted to capture the look and feel of this Caribbean jewel of an island but certainly wanted to avoid featuring the non-native wildlife from up north.  I experimented a lot with different camera positions and timing waves as they gently rolled past.  I found that by timing a wave as it passed by the camera I could use that element to mask the barbeques and hoards of picnickers.  Will it make it into my landscape portfolio?  Probably not, but ultimately I’m happy with the shot and may find some use for it as stock.  By the way, there is a reason there are two doors on the shack.  I’ll give you a hint, the title of this post is more appropriate then you may have originally thought.

On another note, I’m super excited to be featured in this month’s Outdoor Photographer (April, 2012).  If you don’t subscribe and you’re interested in reading the interview it can be found online here, “Solitude is Bliss.”  As always thanks for your comments and support. 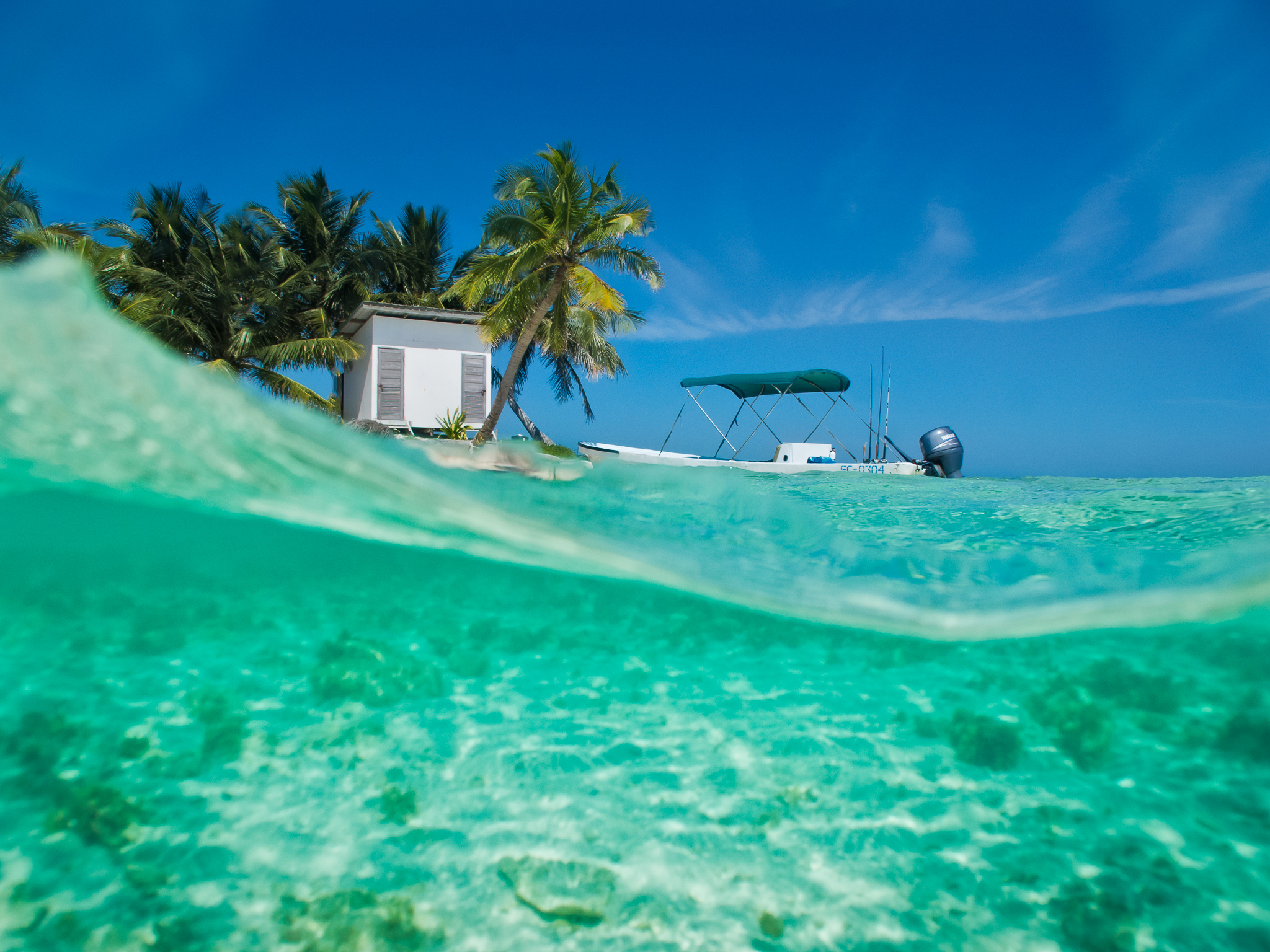