Photograph with Intent – Part 1 “Getting Picky”

One of the most enjoyable aspects of my career in photography is getting to teach what I love, whether in an intensive workshop format or more formal academic setting.  I’ve been teaching digital photography courses at a local college for a little over 13 years.  My spring semester digital photo II class kicked off a couple of weeks ago and has really got me thinking about how best to help my students leave the plateau of mere proficiency with a camera and begin climbing toward the next level – “Galactic President Superstar McAwesomeville,” aka artist or perhaps merely someone able to express their own creativity at will.

Early in our journey as photographers we spend a fair amount of time working out the technical aspects of photography, figuring out aperture, shutter speeds, metering, depth of field, basic composition, etc. But I think a lot of us struggle to get off this plateau and progress to a point where we feel we’re creating something other than a record of the scene or a snapshot if you will.  Most of us soon realize that our images could be much more.  But how?

As I’ve reflected back on my own path in photography, spoken with folks whose work I admire and read the work of great photographers I think there is one over arching concept that has helped me push beyond the snapshot and toward creating work that excites me and truly expresses my personal vision and creativity – photographing with intent.  This one concept should be front and center, guiding all the decisions we make as photographers.  After all, if we don’t know what it is we’re trying to convey in a photograph than how can we expect anyone else to figure it out? 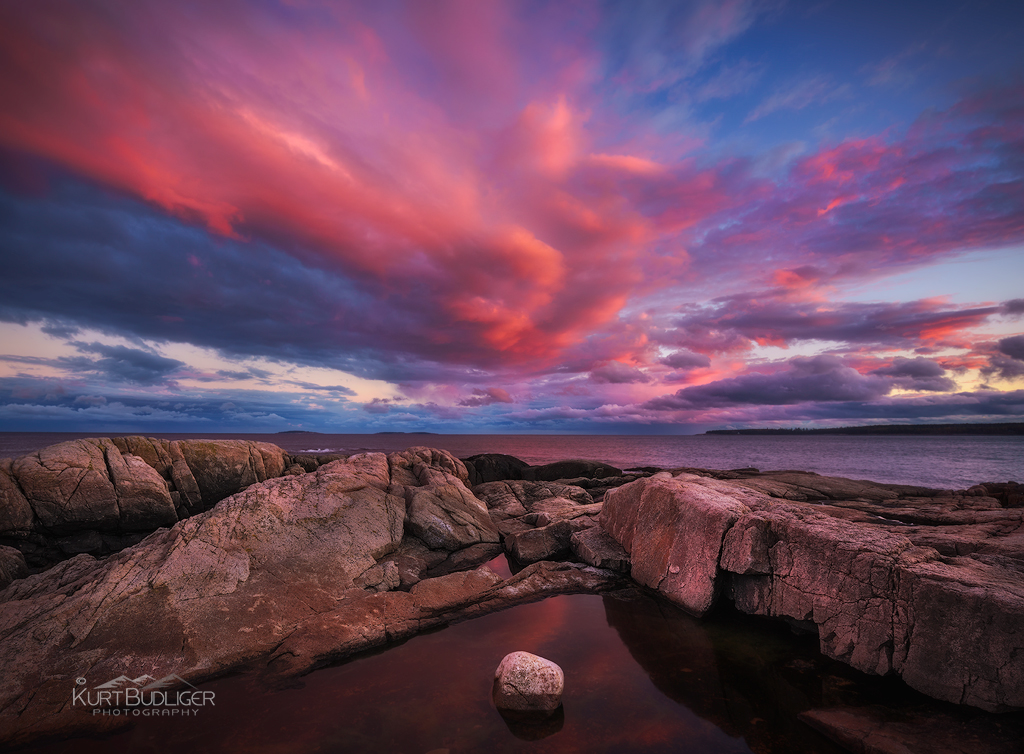 When we’re first learning photography we’re super excited and eager to be out shooting, and as a result we shoot a lot.  This is good.  How else will we ever learn how to use that crazy contraption with all the buttons and menus?  But at some point we’ve got to slow down and shoot less.  Yes that’s righ,t I said shoot less.  By slowing down and being more intentional about the images we make we’ll start making stronger images.  On a trip to Acadia National Park this past fall I was driving the park loop road scouting some possible spots.  It was mid-day, overcast and there were hoards of photographers out on every precipice shooting away.  If their intent was to create images of the rugged coast line with lots of people under yo-yum light then they were well on the path to success.  But if their intention was anything else, as I’m sure it was, they no doubt were sorely disappointed when they returned home.  Part of being more intentional is learning to identify when not to shoot; when the light or subject or our own state of mind is not in line with the images we aspire to create.  Those times are best spent doing something else, scouting locations, reading, going for a hike, or taking a nap; anything other than trying to force a shot when it’s not there.

Those of us that cut our teeth shooting film learned to be more intentional out of necessity, unless of course we had unlimited budgets for film and processing.  I remember the days of sorting through several boxes of slides (mind you this would have only been 108 frames) and most hitting the inside of the circular file.  With digital capture I think there is a tendency to over shoot.  Hey it’s free right?  I can always delete the bad ones.  I cringe whenever I read a post online about a photographer that returned from a weeklong trip and boasts about having shot over 3 thousand frames – whoa that’s 83 rolls of film!  The problem is you can delete the bad ones, but do you?  It’s a lot of time and work to edit and manage files.  By photographing with more intent you’ll not only come home with stronger images but they’ll be easier to find on the hard drive because they won’t be hidden amongst a bunch of crap.

The concept of photographing with intent might seem a bit vague and artsy fartsy, as is the case with many of the discussions on artistic process but there are a number of concrete applications in our daily shooting where being more intentional will reap big time rewards.  The first is learning to be a more “picky” photographer.  I don’t mean complaining to your waitress about the soggy home fries you got after getting up at o’dark thirty for a lackluster sunrise.  I mean choosing only to trip the shutter when the shot really gets you excited, when the scene matches your intended creative expression.

In my next two posts I’ll discuss some additional ways in which photographing with intent can keep you on track to becoming the next “Galactic President Superstar McAwesomeville.”  So stay tuned.